“The principle that you have a right to be forgotten is a laudable one, but it was never intended to be a way for people to rewrite history.” -Emma Carr of Big Brother Watch. 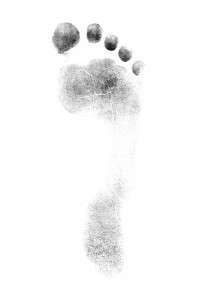 Yesterday the European Court of Justice based in Luxembourg ruled in favor of the ‘right to be forgotten online’ doctrine. The new judgment will force search engines, Google in particular, to remove people’s personal data from search results on request, ‘unless there are reasons not to’ such as if the data is in the public interest, and whether the data is necessary to remain online for others’ use.

Should people have the right to control private data on search engines? In theory, I say yes, in practice, I say no. It’s a slippery slope. There are honest people, creepy people, and totally dishonest people. How is Google supposed to determine who is who and what goes and what stays based on an individual request. Not to mention the logistics, think of the implications. While it sounds like a great idea to protect the “innocent” there are some huge holes in the scenario.

Advocate General Niilo Jääskinen, an advisor to the EU’s highest court, agrees. The Daily Mail quotes him saying in a June 2013 statement that ‘Requesting search engine service providers to suppress legitimate and legal information that has entered the public domain would entail an interference with the freedom of expression. Search engine service providers are not responsible, on the basis of the data protection directive, for personal data appearing on web pages they process.’ Source: Daily Mail

A man, let’s call him Scott, was referred to me in 2010, just two years after I started my social media consulting business. Scott had some pretty negative stuff that Google was indexing higher than his company’s website. He asked me to help him. I thought it would be a challenge and good use of my budding social media reputation management skills.

Of course, he wanted me to call Google and demand that they take down this information (hahaha). For that, I explained, he would need a court order and if the information was fact, it wasn’t likely to happen. So, I suggested we take the conservative approach and build a positive online footprint, which was really the only thing I was qualified to do.

He signed my standard contract and agreed to my fees, explaining that his was really urgent. I made no promises and explained that it would take time to build. Probably six months, likely more. He begged me to start right away. I sent the retainer invoice, and I trusted the person who referred him, so I went to work right away on his project.

One of the indexed results was of particular concern to Scott. It was a website that was created by his brother-in-law, which basically made allegations that Scott had bilked him and several others out of hundreds of thousands of dollars each in a fraudulent investment scheme. The comments section of the site had a nearly equal amount of people giving praise to Scott as an honest businessman. Scott, of course, assured me that his brother-in-law had other beefs with him, all unfounded, and that he was an Internet guy who knew how to make websites so he did this to get back at him. He told me he would hire an attorney to force a take down of the site. Fine.

I started buying up URLs for all iterations of his name and his company—an import/export business. I set up dozens of social media profiles for his name and cleaned up contact information on directory sites. I created a blog and even wrote a couple posts. I spent several hours coaching him over the phone on how to use social media and why. He was receptive. He had a serviceable site, but it wasn’t optimized; an easy fix. I worked on the SEO and developed a Google Ad Words campaign strategy. So far everything was going along as I expected, with the exception that I had not yet received the retainer and three weeks had passed.

I called. He promised to send double the amount “next month.” Said he was expecting a big payment from some business he was closing on—some sort of deal with the Venezuelan government to supply Chinese-manufactured goods. Not happy, I contacted the person who referred Scott to me. I asked him about their relationship. There was none. He had merely inquired about legal services, mentioned the reputation management issue and my friend thought I might be able to help him. My friend had taken a pass on representing him.

Curious, I started digging deeper into the web. I found that his real name was, let’s just say, Michael, and that he was using the name Scott because Michael had done some really bad stuff. In fact, Michael had recently finished an eight year prison sentence for stuffing his still-breathing mistress into the trunk of a car, which he planned to dump in a lake had it not been for a random event. A police officer, parked nearby, decided to ask this guy, who looked like he was about to drive his car into the lake, a few questions. The officer found the woman in the trunk.

YIKES. Would I end up in a lake if I didn’t get those negative mentions off the first page of Google? I wanted to cut off this client and take my losses. But, I took a chance and asked once more for payment. The deal was delayed one month, he said. “Of course, no problem, Michael, I mean Scott. Send whenever it’s convenient.” I stopped work and moved on, never expecting this dirt bag to pay me. I never heard from him until….a year later.

Almost to the date when he first contacted me for help, I received a Google alert, set on his name, to a breaking news story. Michael, aka Scott, had been arrested. He pleaded guilty to federal mail and wire fraud charges, ‘fessing up’ to using his bogus import business to fleece investors of more than $800,000. Geeze. Yuck. Ick. Certainly small beans in the shadows of Madoff and Stanford, but in this case, I was victim too! I was trying to help a crook jigger his reputation on Google!

You’re probably thinking I should be embarrassed to admit it, but I’m not. Stuff happens and that’s how we learn. Some mistakes are expensive—good-bye money he owed me—I’m just glad I didn’t end up in a lake!

I confess in hindsight that I was still pretty green at running a business and my ability to vet prospective clients wasn’t so keen. But I was a start up social media business in 2010. Hardly like winning the lottery. It left the door open for any client that ‘walked through it.’

But that’s not the reason why I share this story. The lesson here is that I don’t think individuals should be allowed to manipulate their Internet footprint, unless there is real cause and that would earn court approval. I’m thinking that had Scott lived in Europe today he could have rewritten his online history and skated away ‘scot’ free.

There are plenty of good people in the U.S. who would agree that online search results can damage reputations—it has happened to them and they didn’t deserve it. For example, it’s very easy for someone to video an event then take pieces out of context, post it online and re-write history. Try to remove such dirt. No luck. You’ll need a court order. Unlikely to obtain without great expense—especially a he said, she said sort of thing. And that is unfortunate for the good guys.

But the case that influenced the EU court in deciding to enact the ‘right to be forgotten’ doctrine involved a Spanish citizen, who demanded that Google block links to newspaper reports dating back to 1998 about his social security tax debts. He wanted them removed based on the fact that they had been ‘fully resolved for a number of years.’ That may be understandable but where do you draw the line? Is it Google’s line? An individual’s line? Who decides the vague conditions of ‘unless there are reasons not to’ such as if the data is in the public interest, and whether the data is necessary to remain online for others’ use? Google? That sounds like a nightmare. To require Google to remove personal information from its search results based on an individual’s request is a HUGE mistake and opens a can of worms. Can Google be judge and jury over what is truth and what is fiction? To suppress information on the whim of a request is wrong. An idea that I hope never crosses the pond. I don’t want information about Scott the crook suppressed because he says it ain’t so.

PS: The ruling applies only to Internet searches, not to Facebook, Twitter, YouTube, or other social media sharing sites. Likewise, anyone with a public life such as a politician, entertainer, or other media figures is excluded. The judgment says (paraphrased) that a role in public life justifies the public’s interest and access to such information.

Written By
Jayne Navarre
More from Jayne Navarre
Law firms and wineries have little in common. Well, except that many...
Read More 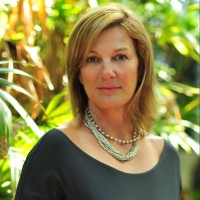