Does blocking access to social networking sites at the office really work? Are social networking sites the only places of risk for companies and law firms on the new social Web? Do you know that if your partners and employees can access blogs and other sites that allow commenting, reviewing, or streaming content (e.g. news videos or podcasts), via the firm Internet connection, you are, by default, giving them permission to participate in the social web. Law firms need viable responses to the new way in which people are using the web. Shutting off access to social networking sites isn't the last decision you'll make. So what should law firm leaders do? Here are a few suggestions that I recommend. 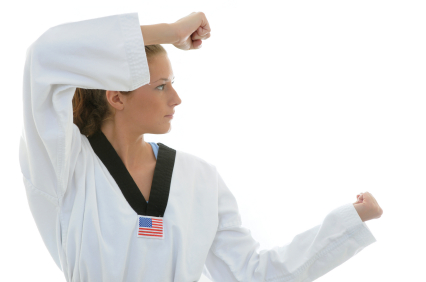 Do you know that if your partners and employees can access blogs and other sites that allow commenting,  reviewing, or streaming content (e.g. news videos or podcasts), via the firm Internet connection, you are, by default, giving them permission to participate in the social web.

We are just seeing the tip of the iceberg.  Our use of the Web in a social manner to communicate is only going to grow, and will eventually replace the old model of a destination based, transactional Web – including the way we search and use email.

Law firms need viable responses to the new way in which people are using the web. Shutting off access to social networking sites isn’t the last decision you’ll make.

People will find ways around being blocked off from social sites – one example comes to mind. All smart phones now have social networking applications. Whether a firm owned device or a personal device, employees can and will likely participate in online social networks while at the office from their mobile devices.

If you are just now starting to look into what the social web means to your firm, it’s business practices, and employees’ access to social sites, here a few things to consider.

Who knew the Internet would become what it is today when firms started opening access to the Internet on every desktop? It’s too late to take Internet access away from employees. There are many critical business and legal processes using the Internet today, so you can forget that option.  Who knows where the social Web is headed?  It’s not too early to start taking a proactive approach, with a permission based policy.

So what should law firm leaders do? Here are a few suggestions that I recommend.

1. Get your arms around the social web both philosophically and behaviorally. It’s not about technology, it’s about the new way in which we are using the web that’s important here. Find outside help if you don’t have someone in-house that can get you up to speed quickly.

2. Don’t resist. Be smart. Be proactive. Be educated. Stay informed. When law firm leaders show employees that they are paying attention, there are fewer problems.

3. How well do you trust your employees and partners to deploy good judgment in all speaking and writing activity whether online or offline? A lot, not much? Although your firm culture may be trust-based,  you still want to be sure you’re all on the same page, so clearly communicate, via education and policy, what’s expected.

Remember: participation on the social Web is a personal activity. And that requires personal responsibility.

4. If the law firm does its job educating employees and partners on appropriate and ethical use of social web activity now, you’ll be ahead of the curve.

In the late 90’s, there were still firm leaders in corner offices who didn’t have computers on their desk. They dictated emails for their secretaries to send.  It took only a few years for email to become standard operating procedure.  And, those beige boxes appeared more frequently in the corner office. So, it goes for the social Web. It will evolve, and will eventually be so tightly integrated in business processes that you won’t know what the Web was like without it.

Yes, social networking can be a real time waster and a major distraction. I don’t want my assistant playing around on Facebook while there’s work to be done and you don’t either. But, the web is evolving and we’re not sure where it’s going yet. We can be sure it isn’t going away.

So, everyone in your organization should know what the firm expects of them. Everyone should treat their time on social media sites, during business hours, just like personal emails and personal phone calls –except for emergencies, social networking is best left for lunch hours or break time. That’s an easy requirement. Who ever heard of a social networking emergency!

UPDATE:  Steve Matthew’s blog  Law Firm Web Strategy, has a good post about Face-blocking that I neglected to mention in this post originally. Steve’s post has a link to the LegalWeb 2.0 Column on the ABA’s LegallyMinded that summarizes findings from an informal survey produced by Doug Corneilius. In addition to the results (copied below) Doug gives a good breakdown of why blocking isn’t a good strategy. Definately good reading for anyone responsible for social media in the law firm.

Methodology. This survey was conducted in January 2009 on Zoomerang.com. A total of 231 individuals responded.