Businesses are definitely embracing non-traditional ways of reaching their customers. In some cases out of necessity, other cases, just because they can.

People on either end of the transaction, supplier and consumer, are getting much more comfortable using the Internet to power or receive marketing messages. They use the Internet to find and to get found.  The Internet is a go-to-first resource for making buying decisions and for spreading information. Even the delivery of products and services via the Web are increasing. Take banking as a perfect example. The Web is making the teller obsolete.

When I was in-house as a CMO one of my least favorite conversations was the one that went like this: 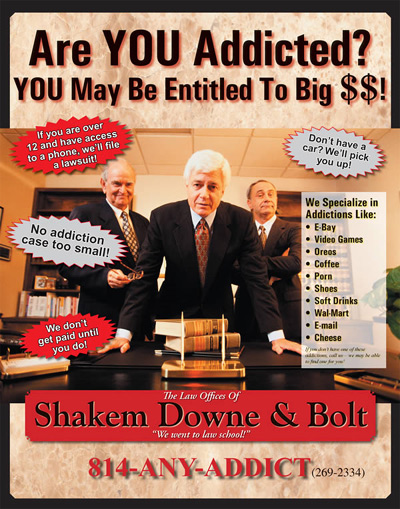 about our XYZ practice area.”

UGH! I understood where they were coming from; placing an ad is the least disruptive tactic for them to complete. And it’s an easy way for a lawyer to tic off the marketing box in their annual review.  But I dreaded giving them the bad news that it was also the least effective.

While I’m seeing numbers of individual lawyers using the Internet to power up their efforts to build relationships and referral sources, I’m not seeing a significant increase in law firms using the Web, beyond their corporate Web site and a blog or two, for pure advertising.

According to the March 2009 Advertiser Optimism Report by Advertiser Perceptions, optimism in media overall is declining. Marketers and agencies plan to decrease their ad spending in media such as broadcast TV, newspapers, magazines, mobile, and radio.

Surprisingly, and contrary to projections, the number of marketers and their agency partners feeling optimistic about increasing their online spending in the next six months has also dropped 16 percentage points, from 68% to 52%.

Do these statistics matter to law firm marketers? Probably not. Most law firms are conservative advertisers. However…..

The March 2009 Optimism report did have a few bright spots in two areas new to this year’s study: online display and online search, both of which scored fairly well, with more than half of those surveyed (51% for display and 53% for search) saying they would increase spending in those areas in the next six months.

Is this statistic important to law firm marketers? It should be. It’s a good indication that there is value in that area.

So, in addition to supporting individual efforts by providing time, resources and coaching to increase the firms’ digital footprint among social networks, blogs and article posting, should law firms be looking to online media for advertising, online display and online search? I believe so.

This really is a critical piece in the digital pie. You can put all sorts of content up on the Web, but if the pie sits on the shelf and doesn’t get consumed, well, the ingredients were not worth the crust that holds them.

Investing in natural and paid search campaigns is smart money.  With one caveat, before you spend, get educated.  Unscrupulous agencies and those that don’t understand your business are everywhere. I’ll begin of series of posts on this topic in the next few weeks. Stay tuned.

If you need help sooner, you can contact me, or leave a comment below so others can benefit.

Written By
Jayne Navarre
More from Jayne Navarre
Facebook launches a redesign tomorrow (today, depending on your time zone). From...
Read More