I write social media policies and guidelines for law firms. Somewhere near the bottom of the 15 point executive summary I include: “Do not criticize the judiciary in any way.”  Seems obvious, right? It gets edited out sometimes. Here’s a word to the wise. The New York Times reported today on an incident where an attorney, Sean Conway, was 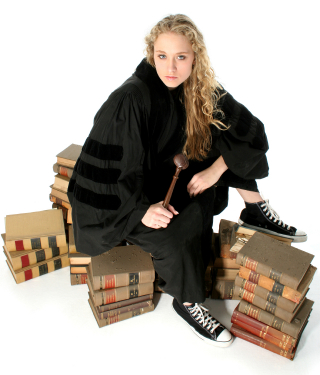 “…steamed at a Fort Lauderdale judge, so he did what millions of angry people do these days: he blogged about her, saying she was an “Evil, Unfair Witch.”

Yikes! He then found himself before the Florida Bar, which issued a reprimand and a fine. I guess he slept through the class about acting professional and following the Rules and Code of Professional Conduct imposed upon lawyers by the American Bar Association, and their own States’ Bar Associations.

The Times goes on to say;

“Stephen Gillers, an expert on legal ethics at New York University Law School, sees many more missteps in the future, as young people who grew up with Facebook and other social media enter a profession governed by centuries of legal tradition.

“Twenty-somethings have a much-reduced sense of personal privacy,” Professor Gillers said. Younger lawyers are, predictably, more comfortable with the media than their older colleagues, according to a recent survey for LexisNexis, the legal database company: 86 percent of lawyers ages 25 to 35 are members of social networks like Facebook, LinkedIn and MySpace, as opposed to 66 percent of those over 46. For those just out of law school, “this stuff is like air to them,” said Michael Mintz, who manages an online community for lawyers, Martindale-Hubbell Connected. “

No matter how a lawyer feels about the motives or competence of a Judge, the public Internet is not the appropriate venue to air those feelings. The Florida State Supreme Court agreed. Although they demanded briefs on First Amendment issues of protected speech when reviewing the disciplinary action, they ultimately affirmed the discipline imposed by the Bar.

Kristine A. Peshek, a 19-year veteran public defender in Illinois lost her job and faces disciplinary hearings for referring to one jurist as “Judge Clueless.” The Times reports:

“The complaint, first noted by the Legal Profession Blog, said that not only did Ms. Peshek seem to reveal confidential information about a case, but that her actions might also constitute “assisting a criminal or fraudulent act.”

Frank R. Wilson, San Diego lawyer, sitting on a jury caused a criminal conviction to be set aside and sent back to a lower court because of his blog postings. The Times reported:

“According to a decision published recently in the California Law Journal and picked up by the Legal Profession Blog, Mr. Wilson, while serving on a jury in 2006, posted details of the case on his blog. Any juror who blogs about the details of a trial risks trouble and even civil contempt charges. But lawyers like Mr. Wilson also face professional penalties that can threaten their livelihood.

Professional decorum, rules and codes of conduct aside, they don’t call it social MEDIA for’nuthin.  If you publish anything online…you are publishing. Libel is no longer just an issue for the mainstream media.

I typically conclude social media guidelines or policy with the following statement:

Responsible participation in online social media and social networking depends on you. These guidelines, coupled with your best judgment, whenever and wherever you post anything on the Internet are highly suggested.

There are always consequences to what you publish. If you’re about to publish something that makes you even the slightest bit uncomfortable, think about why that is. If you’re still unsure, discuss it with your practice chair, supervisor, or the firm’s ethics committee. Ultimately, however, you have sole responsibility for what you post or publish in any form of online social media.

What you publish will be public for a long time. Add value to discussions by contributing worthwhile information and perspective in postings. Your online presence will be associated with your employer or partnership whether or not you associate yourself with the firm on your blog or a social profile. It’s about mutual respect. Work to keep it.

Perhaps I should move that to the top?

For Mr. Conway and Ms. Peshek and Mr. Wilson, may I suggest two words: anger management.

Written By
Jayne Navarre
More from Jayne Navarre
There really are no excuses, only opportunities. With some content management strategies,...
Read More