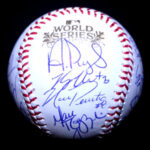 It is not a coincidence that the best ball players are the ones with the best throwing and catching skills. Good defense revolves around a team’s ability to throw accurately and catch the baseball. Watch any high school level team or below warm up in the outfield and you’ll see players using poor throwing mechanics and running after poorly thrown balls. If playing catch is such a core skill for defense [and everyone knows defense wins championships] why aren’t players better at it? One opinion is that many coaches don’t teach their players how to throw.

I really thought that by now, five years since I put my money on social media, I’d be seeing more skillful throwing and catching coming out of AM LAW 250 firms in their social media. Sad to report; I am not. This is not to say that a few individual lawyers (or marketers) have not developed into big league talent, but most of the team is still sitting on the bench or standing on the field watching butterflies.

Coaches: DO NOT assume your players know how to throw and catch.

A quick look shows me that almost 100% of law firm driven blogs do not have comments. Law firm Twitter accounts have no conversation, not even retweets, favorites (tweets by others that are marked for recall), or Lists (that simplify for others new people to follow by topic or category). Facebook Pages are littered with press releases, employee community service project photos (not dissing this), and static head shots of lawyers with self-congratulatory announcements. A few “pitch” some videos, a newsletter sign up, or their Twitter stream, which is just a repeat of everything posted to Facebook. There is little to catch here. Just a bunch of junk balls (random clicks and no follow up). Of course this may be what the manager wants—a risk free, conservative game. However, if you’re interested in winning, teach your lawyers to throw and catch—and help them practice.

We know consumers of legal services such as corporate counsel, small business owners, and individuals visit social media. We know some even use it quite frequently. The most recent survey on social media usage by corporate counsel (GreenTarget survey) reported an uptick in usage, particularly reading—sourcing news and information. They are not, however, engaging. (Lawyers need practice throwing catch-able balls! Read on…)

So, the team goes out and writes substantive, factual articles on new regulations, laws, and other highly technical legal stuff. (They think its a blog post, though it is really an article—there’s a difference.) Then they send the articles to marketing to publish on one of the firm’s blogs and promote on the firm’s Twitter, Facebook, and LinkedIn company page. Done. No. This is incorrect throwing. The catcher, for example, corporate counsel, consumes the content and goes about their business with no interest in which law firm threw the ball. This just happened to fall in their glove with no consequence—easier than flipping through pages of the original legislation, thank you. 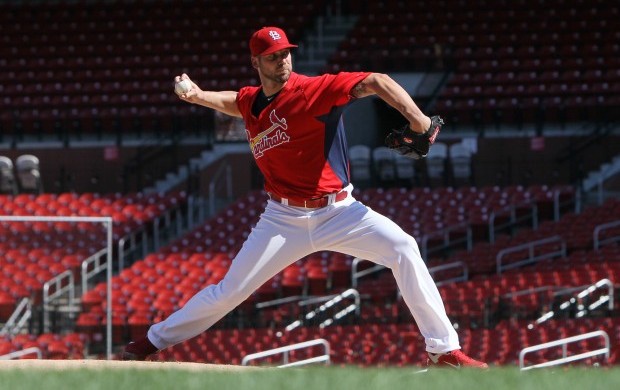 You’ve probably heard the phrase “throw like a girl.” What that actually means is that the thrower is pushing the ball with only the arm. That is exactly what 99% of law firms are doing with their social media—pushing the ball. It is ineffective. The key is to throw hard. In baseball, throwing hard requires that you get your hips out in front of your shoulders and create separation. This allows you to use your legs in a forward motion and create power in your throw—necessary for reaching the exact player anticipating the catch. To throw hard, and well, you must learn how to throw with your entire body, not just your arm. (I know this, too, because I play tennis. The serve motion is the same as throwing a baseball. Using the whole body and the power from your legs is critical if you want to ace your opponent.)

In social media, the correct mechanics of throwing require using all of your faculties—perception, judgment, discriminative feeling, mental activity, and even moral preference (if and when appropriate). Take a position. Challenge the reader. Tell them something they didn’t know, with conviction. Play catch. Be memorable. You’re not giving legal advice—remember that disclaimer you labored over—you’re only giving them a good ball to catch. The catch may not be an online conversation, but it could be the phone to call you.

If you don’t learn the proper throwing technique you’ll lose to information overload. Remember, everyone else is out there passively posting the same knowledge in similar articles. I know you have a lot “to do,” but if you’re simply pushing the ball, you’re not going anywhere near the major leagues. 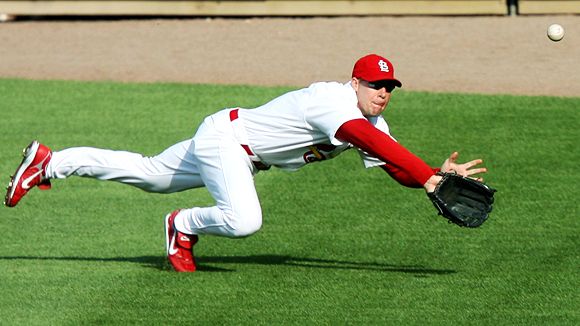 Former Red Sox Outfielder Jonathan Van Every believes the three essentials of being a good outfielder are:

It takes less than two minutes to get a good read on well-written content, preferably content published by your clients on social media. You’re anticipating the throw, right? A good first step for catching the social media ball is to be aware of what your clients are saying and sharing on social media. A good route to the ball is to share that content among your networks from your firm accounts, adding comment that highlights something meaningful to them.

For example, law firm Twitter accounts devoid of client content, retweets, and possibly conversations are not winning plays. Many clients throw a really great ball, but their law firms are not paying attention. If you’re not paying attention, you drop the ball. No worries, a more athletic, practiced catcher from the other team will be there to back you up.

Written By
Jayne Navarre
More from Jayne Navarre
Why do law firms struggle with client satisfaction? Perhaps it is because...
Read More