Last week I asked: Is it okay for lawyers and other business professionals to flaunt their political passions on Facebook and other social networks? This week I want to know: Are we bragging too much? And if so, to what affect? If everyone is doing it, why not?

In real life, most people have little tolerance for a braggart. There is only so much narcissistic noise we are willing to listen to before we politely excuse ourselves and walk on leaving the person to wonder: “Was it something I said?”

But on the Internet, specifically social networks, it’s different. Bragging, or cloaked boasting as I prefer to call it, is common place. The very nature of a status update or post is to talk about yourself, er, uh, I mean, “share” with others what you’re doing or thinking. If we don’t like it, we can simply remove the annoying person(s) from our news feed and they’ll never know we are no longer listening to them and the bragging can continue unchecked. Interestingly, most social networking braggarts don’t even realize they are bragging–or so say the experts.

Let’s take a look…and you decide.

Are we sharing too much?

I have to admit, more than once I’ve questioned the seemingly perfect lives of some of my ‘friends’ on Facebook and Twitter.

Personal or professional, what do we risk by sharing too much?

A benign reading would be that the following are just typical daily updates, says Elizabeth Bernstein in her inciting and much debated WSJ article ‘Are We All Braggarts Now?’

Best gift ever from the best husband ever.

Swam 30 minutes at a very fast time despite the large amount of Chardonnay served to me on the plane last night.

Got my first royalty check for my book!

Bernstein believes, “…this is bragging, whether you recognize it or not.”

She writes that, “we’ve become so accustomed to boasting that we don’t even realize what we’re doing.” She thinks it is harmful to our relationships because it turns people off.

Actually, I’m okay with Facebook ‘friends’ sharing the fabulous details of their lives. It’s a lot more entertaining than hearing about the ordinary stuff they do every day—got up, brushed my teeth, had toast, coffee, packed my lunch…blah blah blah.

Only occasionally do I feel that people cross the line and if they do, I simply remove them—no harm done.

A very respected, truly successful in real life (IRL) attorney asked me why a certain, freshly minted lawyer would plaster all over the social media his every whereabouts; checking into courthouses, law firms, lunch spots, local watering holes, concerts, charitable committee meetings—even when they are in his own office! And, he is constantly name dropping! This behavior, the attorney observed, leaves an impression that this young lawyer is the busiest and most successful in the state—a dubious claim IRL—and it’s like he’s bragging about it to thousands of people.

Obviously the speaker was frustrated by the visibility this other lawyer was getting, but he also was voicing a very legitimate concern about where some in the profession are heading—We Tweet, therefore We Are?

Though I agree his argument is worth debating, I also explained that the younger lawyer’s strategy is legit—he is gaining exposure for his developing practice using the tools at hand. He is not violating any ethical rules and on the surface it appears to be working. He’s getting attention, right?

Is it bragging? If it is, experts say, the proof will be in the pudding.

Simine Vazire, a research psychologist and associate professor at Washington University in St. Louis points out in the Bernstein article that research on self-enhancement shows that people who brag make a good first impression, but that it diminishes over time.

“Feel sorry for them, because they’re doing this impulsive, destructive thing that won’t help them in the long run,” says Vazire. 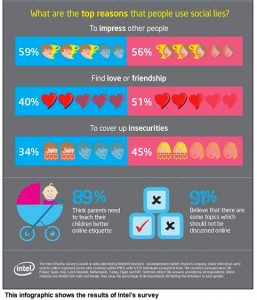 Shocking, right? Not at all. While not everyone will Photoshop their pictures, everyone certainly tries to put their best forward in public—the equivalent of most social networking, even if you claim your Facebook is limited to immediate friends and family. Is communicating that I’m fabulous and I know it legitimate behavior for lawyers and other professionals who use these networks, at least marginally, to stay top of mind with referral sources and drive new engagements? My gut says no.

In general, the experts conclude that some people brag out of insecurity while others are simply sharing their excitement about a certain event, purchase, or milestone. And, of course, if they share it on Facebook they’re hoping you’ll be excited too—make sure to let them know how excited you are for them by simply clicking ‘like’.

“It’s become a phenomenon where if someone posts a status update and 500 people see it and no one objects, it must be true,” says Jennifer Mirsky, 45, a digital content strategist in New York, quoted in the Bernstein article. She goes on to add:

“But could it really be that everyone else has a husband as thoughtful as the heroes of romance novels, children who combine the brilliance of Einstein with the winning charms of Shirley Temple, and jobs packed with wall-to-wall glamorous events?”

Ms. Mirsky explained that her strategy is to simply hit the “like” button and move on.

“You input one keystroke of indeterminate meaning to say ‘hooray for you!’ “

And this I think begs a question—are we wasting our time?

This indeterminate feedback (considered a waste of time by some) and the over-cooked FAKEbooking are the primary reasons why I still get push back from attorneys when I suggest they join Facebook or Twitter and use them to stay in touch with referral sources for business. Fair enough.

If it feels good, do it?

From a strictly scientific point of view, we love talking about ourselves on social networks not because we want to stay connected, but because it feels good. According to Harvard University neuroscientists, conducting a number of experiments, when we talk about ourselves the reward areas of our brain—the same that respond to ‘primary rewards’ such as food and sex—are activated. Thus, they say that we devote between 30% and 40% of our conversation time to doing it.(Proceedings of the National Academy of Sciences, May 2012.)

With this statistic in light, and perhaps in these economic times, I’m not surprised to see an overwhelming number of social networkers seeking to reap the rewards of ‘likes’ and comments—it feels good and doesn’t pack any calories.

However, for professionals using social media, do we need to step away, develop an online bragging detector and then, filter, filter, filter? Yes. Or, we can cloak the boast.

Tips to cloak the boast.

1. Precede something fabulous with something more ordinary.

Instead name-dropping, “Just had drinks with Senator Doe,” add some extra details. “Washington D.C. sure was hot last week, but worse than that, there I was staring up at the White House, not watching where I was going and tripped over the curb. Luckily Senator Doe, that’s right, was there to catch me. What a nice guy! He even asked us to join him for a cold beverage at a nearby café. (Include the best photos of your amazing vacation in D.C., especially the one with you and Senator Doe – cheers!)

“The conference in London was great, but international travel is exhausting. Standing in a 2-hour wait line at London Heathrow customs was brutal. I was fortunate enough to be chatting with [insert famous person here] and so the time passed quickly.” (Include a fabulous photo of you speaking at the conference and at the airport with famous person.)

2. Get someone else to brag for you.

Instead of simply bragging about how fabulous your wedding was, ask your mom or best friend to do it.

“Mary Sue, is so smart. She was able to negotiate a really good deal at the hotel for our Janie’s lovely destination wedding in St. Croix—which we totally needed. We couldn’t have done it without her.” (Include photos of the happy couple at their über expensive destination wedding—don’t forget to tag everyone in the photos so they get the outsourced credit!)

Although I can’t promise that either of these two approaches will always pass the brag meter test—some people are really perceptive-—it’s probably worth a try if you really must tell us about your fabulous, amazing, awesome, perfect life (on the social network), every minute of every hour, every day. 🙂

Think before you post is a mantra of mine and I try to practice what I preach.

While I’m still in the camp that social media is a great tool for lawyers looking to develop business, I advise them to be smart and that means being slow to pull the trigger. Because we don’t have the benefit of body language for interpreting social networking posts, every word we write has the potential to be misinterpreted and the potential to be seen as bragging. I recommend that they avoid bragging or anything that could remotely be read as such: Keep large purchases, including new homes, cars, and vacations out of their public stream – for various reasons.

It’s a fine line between keeping your presence interesting on Facebook, Twitter, LinkedIn, and etc and being a braggart. I’m sure some of my friends could accuse me of bragging from time to time, though I believe I fall squarely in the camp of sharing things I’m excited about and believe my friends will be too. It’s how we keep up in our long distance world today.

Where do you stand?