Instead of just cutting off workplace access to Facebook —the poster child for questionable business networking activity— I suggest you take a step back and get a better plan. Why? 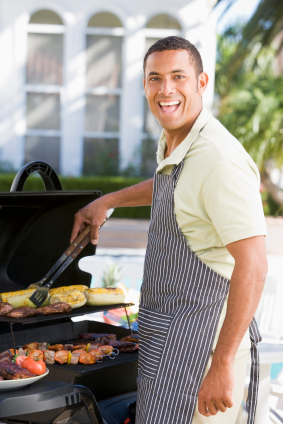 a lawyer, an accountant, or a sales person and someone in your organization decides that you are no longer allowed to be a member of your country club, nor talk to anyone at your kid’s sporting events.  And, by the way, no more family barbecues or neighborhood holiday parties. Incredible, right? You’d probably react pretty strongly, and you should. These are some of the best venues for getting in touch with people who need your services or can refer you to someone they know.

Facebook mirrors the types of social “business” networking I mentioned above. Nearly everyone today, including the CEO’s of the world, has an online profile on at least one social networking site. They like the idea that they can keep in touch with more people, better, quicker and more often.

Basically speaking, management has three options for dealing with online social networking in the workplace.

Understand that social networking applications are not the problem; it is the user that can cause the most trouble. Note that for each problem related to social sites, there are often equal and greater problems related to ALL INTERNET USAGE. But you already know that, right?

The two primary objections you need to solve are: security and productivity.

Usage. A workforce of 200 spending 30 minutes a day on social networking sites for non-business development purposes (in a law firm that would be support staff who are not responsible for business generation directly) would be 100 hours a day in lost productivity. In addition, employees who are not accessing social sites during the work day may resent the fact that they are working harder to make up for their coworker’s neglect of duties. Of course this also happens when workers spend time on personal phone calls, emails, surfing Internet shopping sites, and smoke breaks.

Bandwidth. Although basic activities on social sites, such as posting updates, photos and chat are not a huge drain on bandwidth, but linking to video and downloading games or music is. Still there is a cost to all Internet browsing when users are linking to video and audio files whether it be a news site (CNN), sports site (ESPN), or streaming music from a site such as Pandora.

Again, basically speaking you have three options but this time you need them all.

1. Always have up-to-date anti-virus software
2. Have a firewall
3. Have the ability to monitor Internet usage generally and social networking sites particularly.

Malicious Code: Sites such as Facebook [but also LinkedIn] have thousands of applications available for users to download. These applications, usually quizzes, games, or business related apps such as Trip-it and Amazon Reading Lists, access user information in order to work. And, while the social sites do everything in their power to limit fraud, spam and malicious attacks, hackers are quite good at what they do and social sites represent a gold mine. Viruses, malware, worms, Trojans, spyware and adware are a real concern but guess what, they are not limited to social networking sites. Remember the Love worm? If you were on a Microsoft network a few years back, how could you forget? How many times has someone in your firm opened an email or an attachment, suspicious or not, or uploaded a file from a floppy disc (pre-1900) or a thumb drive and infect the whole network?

A believe it or not story:

An Internet based research project revealed cases where people willingly pressed a particular button to download a virus. Security analyst Didier Stevens ran a half-year advertising campaign on Google AdWords which said “Is your PC virus-free? Get it infected here!” The result was 409 click-throughs.

Data mining. Social networks are, in a perfect world, built on trust. News flash: we don’t live in a perfect world. It’s surprising how much information people are willing to disclose on social sites that they wouldn’t dream of disclosing to a real person standing in front of them. In the right hands, that information can be hacked, stored, fraudulently used or even sold by cyber criminals. Still, it’s not just happening on social networks; the Internet generally is a Petri dish for identity theft and data mining. The only solution here is to educate your workforce and your partners.

Legal Risks. Commenting publicly about a conversation meant to be private happens [accidentally?] all the time at cocktail parties, business luncheons, church socials, and the Internet. Trade secrets, patentable information, financial disclosures or issues that bear attorney/client privilege can unintentionally leak all over the Net. Rumors and gossip spread like wild fire.  Even talking bad about your employer in public, which many a young misguided person has done on a social network, has risk for the employee AND the employer. Libel, once relegated only to the “media,” now has potential impact whenever an individual publishes something on their social network pages; after all, they don’t call it social “media” for kicks.

Before you decide to cut off a viable business development channel, think first about how you can strike a balance. Education, guided usage, and limitations are all important to the mix. A social media policy or guidelines is a start, but it isn’t enough. I always ask my clients for permission to train their people in best practices for usage to compliment the guidelines they establish for responsible online interaction; it’s better for everyone in the long run. The Web is only going to get more complex and require more attention and savvy from it’s users. It’s good to start right at the beginning.

Have any best practices to share? How are you dealing with Facebook at your firm? Use it or no?

Written By
Jayne Navarre
More from Jayne Navarre
Being professional does not mean you have to be invisible. Tradition is...
Read More