And now for something REALLY fun…. 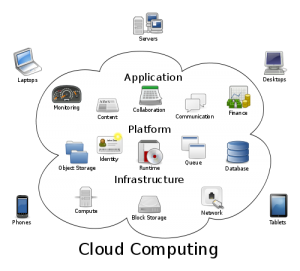 This post may not be directly important to your work as a marketer or lawyer, but I’m pretty sure you’ve heard or read many of these words in one context or another, and may even be wondering what they mean.

Well, fact is, so do the people who actually use them in their work! Curious? No, that’s not on the list, but if you are, here are the Most Confusing High Tech Buzzwords of the of the Second Decade of the 21st Century, thus far (2010, 2011 & 2012) as released by The Global Language Monitor.*(see end of post for explanation of how the list was compiled.)

Note: Along with the tongue-in-cheek commentary provided by GLM, where I could find them, I’ve added common definitions in italics.

Here is the first decade (2000-2009) of the 21st century’s Most Confusing High Tech Buzzwords with GLM comments.

HTTP — HyperText Transfer Protocol is used for HTML (HyperText Markup Language) files. Not to be confused with text-on-too-much-Starbucks.

Flash — As in Flash Memory.  “Flash’  is easier to say than “ I brought the report on my EEPROM chip with a thin oxide layer separating a floating gate and control gate utilizing Fowler-Nordheim electron tunneling”.

God Particle – The Higgs boson, thought to account for mass. The God Particle has eluded discovery since its existence was first postulated some thirty years ago.

Cloud Computing – Distributing or accessing programs and services across the Internet. (The Internet is represented as a cloud.)

Plasma (as in plasma TV) — Refers less often to blood products than to a kind of television screen technology that uses matrix of gas plasma cells, which are charged by differing electrical voltages to create an image.

IPOD – What the Alpha Whale calls his personal pod. Actually, Apple maintains that the idea of the iPod was from the film 2001: A Space Odyssey. The origin of the word IPAD is a completely different story.

Megapixel – Either a really large picture element (pixel) or a whole mess of pixels.  Actually, one million pixels (that’s a lotta pixels) OK, what’s a pixel? Computer-ese for picture element.

Nano – Widely used to describe anything small as in nanotechnology. Like the word ‘mini’ which originally referred to the red hues in Italian miniature paintings, the word nano- is ultimately derived from the ancient Greek word for ‘dwarf’.

Resonate – Not the tendency of a system to oscillate at maximum amplitude, but the ability to relate to (or resonate with) a customer’s desires.

Solution — Ever popular yet still an amorphous description of high tech packages of hardware, software and service

Cookie — Without cookies with their ‘persistent state’ management mechanism the web as we know it, would cease to exist.

Robust — No one quite knows what it means, but it’s good for your product to demonstrate robustness :-).

Emoticon  — A smiley with an emotional component (from emotional icon).  Now, what’s a smiley? :’) (See Robust)

De-duping – Shorthand for de-duplication, that is, removing redundant data from a system.

Green washing – Repositioning your product so that its shortfalls are now positioned as environmental benefits:  Not enough power? Just re-position as energy saving.

Buzzword Compliant — To include the latest buzzwords in literature about a product or service in order to make it ‘resonate’ with the customer.

Petaflop — A thousand trillion (or quadrillion) floating point operations per second. Often mistaken as a comment on a failed program by an animal rights’ group.

Hadron – A particle made of quarks bound together by the strong force; they are either mesons (made of one quark and one anti-quark) or baryons (made of three quarks).

Large Hadron Collider – The ‘atom smasher’ located underground outside Geneva. Primarily built to re-create the conditions of creation, 1 trillionth of a second after the Big Bang.

So, there you have it. If you made it through this list, you may now consider yourself EDUCATED! Happy Friday 🙂

* From the The Global Language Monitor website: the GLM uses a proprietary algorithm, the Predictive Quantities Indicator (PQI) to track the frequency of words and phrases in the global print and electronic media, on the Internet, throughout the Blogosphere, as well as accessing proprietary databases. The PQI is a weighted Index, factoring in: long-term trends, short-term changes, momentum, and velocity.

Written By
Jayne Navarre
More from Jayne Navarre
Something other than Autumn leaves is in the air. This week I’ve...
Read More