The debate rages on the value of Twitter to lawyers in their practice, marketing, and the business of law. Here on the Virtual Marketing Officer, I acknowledge Twitter as one of the tools to fit into a holistic social media program; however every tool isn’t for everyone.

Twitter is a place where people gather. Wherever people gather there is exchange of words in the form of  ideas, content, and people helping one another. When you think about it, isn’t that really how the most long lasting and thus effective business development is accomplished for high involvement purchases like legal services.  People learn more about you, your work, integrity and values through the content you produce. And they get a picture of how you collaborate and respond to others. If they get to know, like and trust you, when a legal problem arises, they are more likely to engage you than if they had only seen your law firm Web site bio.

If you are trying to find a productive place in the Twitter stream it might help to understand the original purpose of the tool. This post also includes examples of Tweets from lawyers. I thought for those who are unfamiliar with the tool, it might give you insight.

The birth of Twitter had humble and practical roots.  According to Shel Israel in his new tome; Twitterville, sometime around 2006, Odeo, a Silcon Valley start up was having trouble rounding up software developers for meetings. Developers worked long hours, but those hours were rarely burned during traditional business hours; or in the traditional workplace. Programmers were working late at night or the wee hours of the morn from home, from coffee shops, on weekends and holidays.

Excerpt: “So, when an issue popped up and [sic] the head guys, Biz Stone and Evan Williams, needed to call a few team members together, it was difficult. It was also hard to figure out if the meeting was more important than the work that would be interrupted. Someone was always asking a tech team member, “What are you doing?”

Jack Dorsey, the project’s software architect had a solution. He dusted off a little idea he’d been playing with since he was a teenager fascinated with dispatch routing issues – technology used by police, ambulance drivers, firefighters, cab drivers, and etc.  After a few detours, his idea for Web based personal status updates got refined and eventually worked its way into solving Odeo’s challenge of getting programmers together. The rest of the story is history. I highly recommend Israel’s book, Twitterville. (My summary barely covers the very interesting birth of Twitter story.)

“What are you doing?” is still the cornerstone of Twitter.  But the gathering has morphed. Here are the basic types of Tweets you’ll find on Twitter.

Is Twitter for you? Maybe? Maybe not? You decide. Some snippets of lawyers talking in 140 characters….

What do you think?

Written By
Jayne Navarre
More from Jayne Navarre
Businesses are definitely embracing non-traditional ways of reaching their customers. In some...
Read More 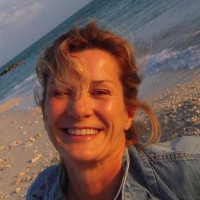